Newcastle University is a red brick university and is a member of the Russell Group, an association of prestigious research-intensive UK universities. The university has one of the largest EU research portfolios in the UK. The annual income of the institution for 2017–18 was £495.7 million of which £109.4 million was from research grants and contracts, with an expenditure of £483.3 million.

The university is a member of the Russell Group of the UK's research-intensive universities. It is ranked in the top 200 of most world rankings, and in the top 25 of most UK rankings. It is ranked 146th by QS, 114th by Leiden and joint 171st by Times Higher Education globally in 2018,while nationally, it is ranked 21st by the Times/Sunday Times Good University Guide, 22nd by the Complete University Guide and 27th by the Guardian for 2018. The majority of its undergraduate courses are ranked in the top 20 by the Complete University Guide in the country with a number of subjects ranked in the top 10 such as Dentistry (3rd), Medicine (9th), Architecture (5th), Linguistics (3rd) Art and Design (1st) and Communication and Media Studies (1st). Newcastle University achieved the best possible outcome in the Teaching Excellence Framework (TEF) - a Gold Award. The Times Higher Education Europe Teaching Rankings place Newcastle University joint 9th in Europe. It was awarded 5 QS stars in 2013. Newcastle won the Sunday Times University of the Year award in 2000 and is ranked 12th best in the UK by the Webometrics Ranking of World Universities. According to the university, its library is the only one in the UK to have been awarded the government's Charter Mark for excellent customer services five times in a row. Also, the university said it has a good track record for graduate employment in the country, and the Careers Service has won seven national careers awards in recent years by the Institute of Career Guidance.

The university's Cochrane Park sports facility was a training venue for the teams playing football games at St James' Park for the 2012 London Olympics. In 2013 the university entered into a two-year agreement with sports wear producer Adidas that includes scholarships and sportswear for two of the university's most talented athletes, and some funding for the Athletics' Union.

In 2016, Newcastle University became one of 16 universities in the world, and only two in the UK, to achieve Five Plus Stars from Quacquarelli Symonds.[90] The university was awarded the perfect score of five Stars in all of the standardised assessment fields of Research, Internationalization, Facilities, Innovation, Inclusiveness, Specialist criteria and Student Employability (Newcastle University also made it to the Top 100 of QS Worldwide Employability Rankings in 2016).

The above information actually from Wikipedia https://en.wikipedia.org/wiki/Newcastle_University 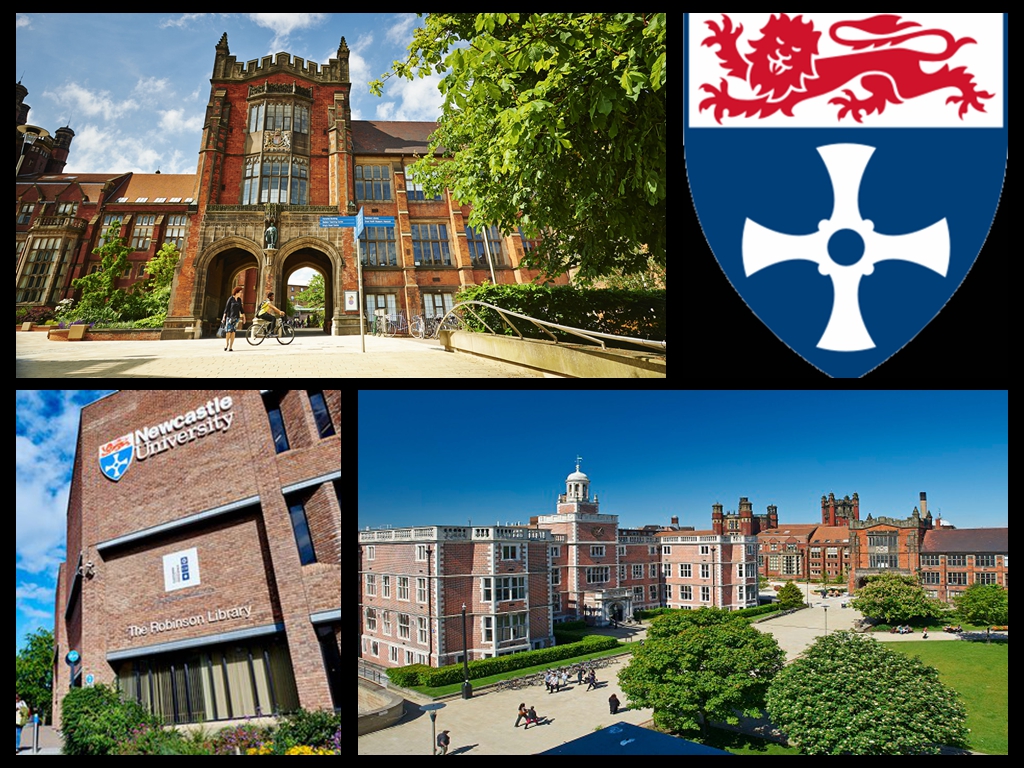 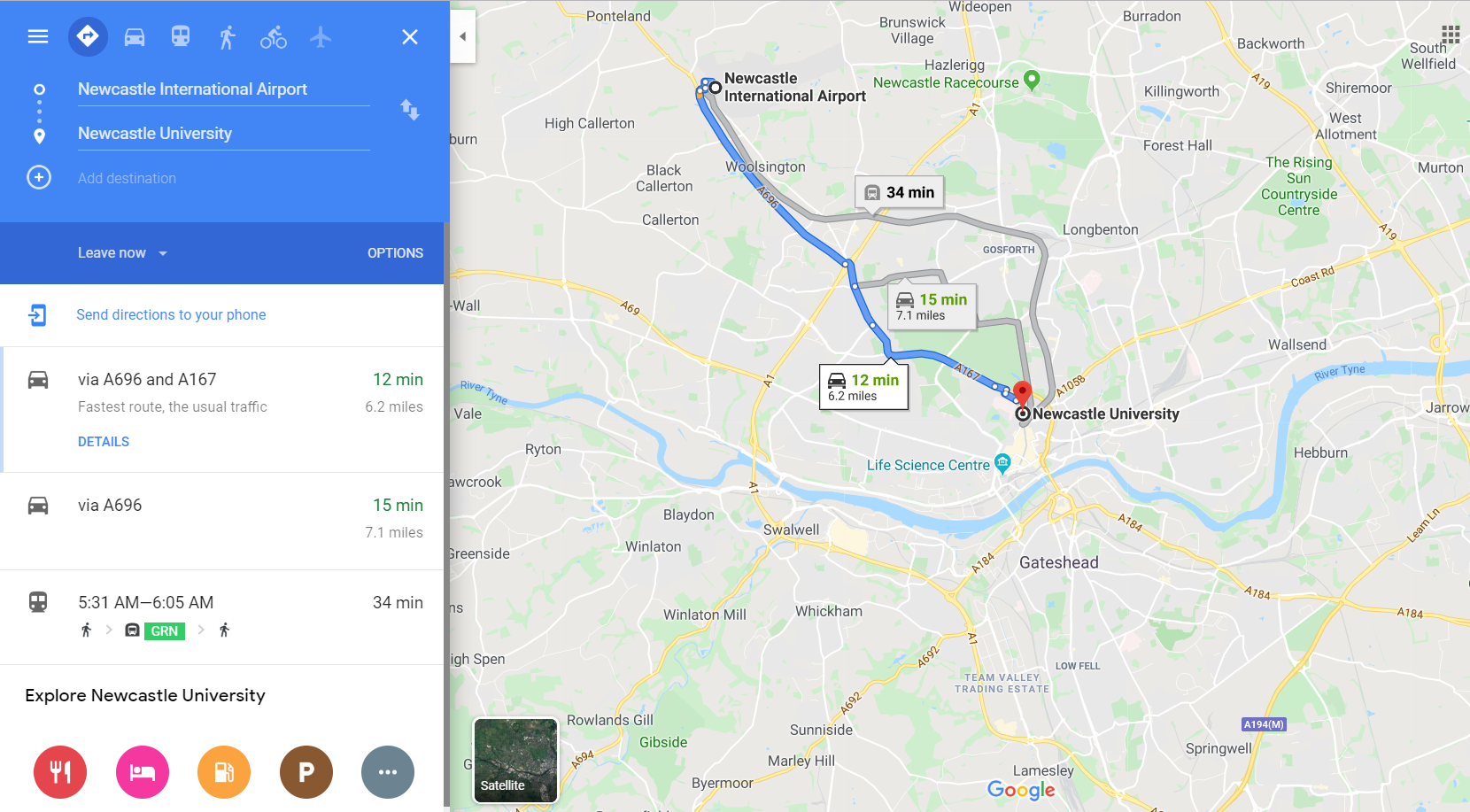 How to get to University of Newcastle from Newcastle International Airport. 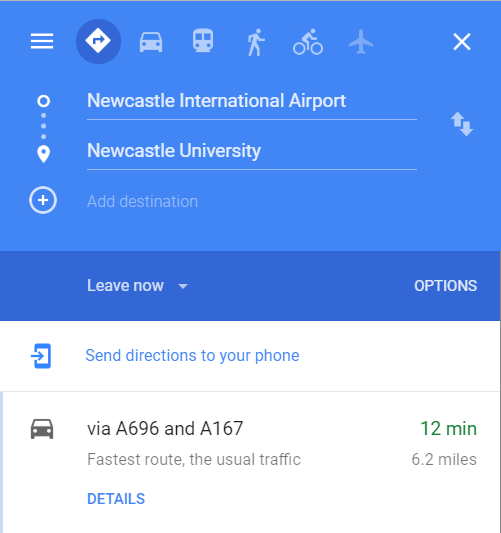 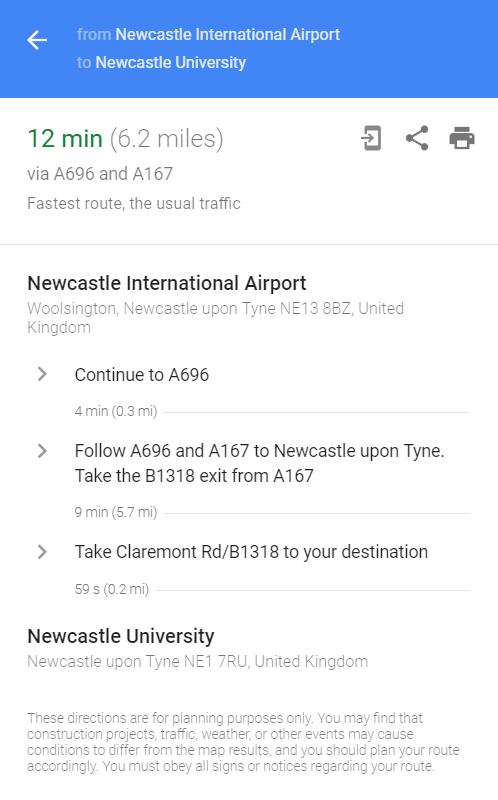 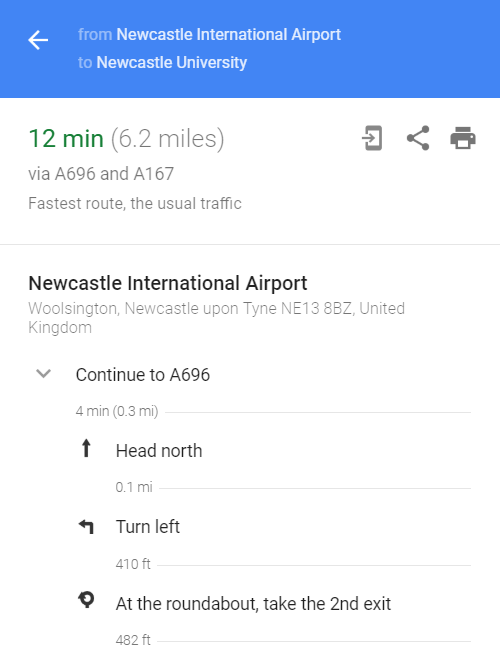 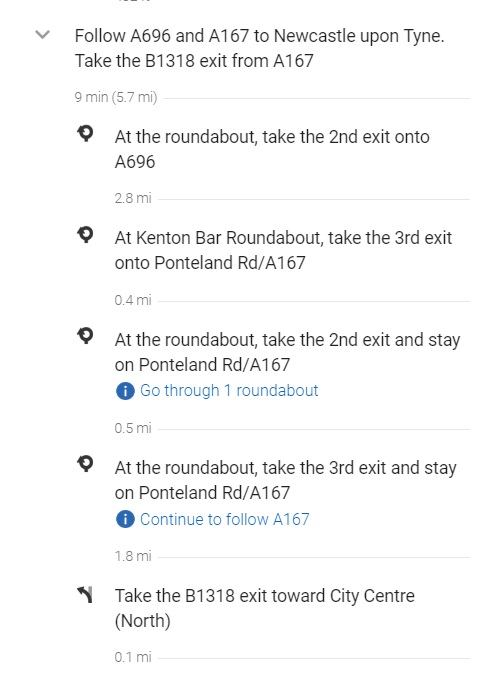 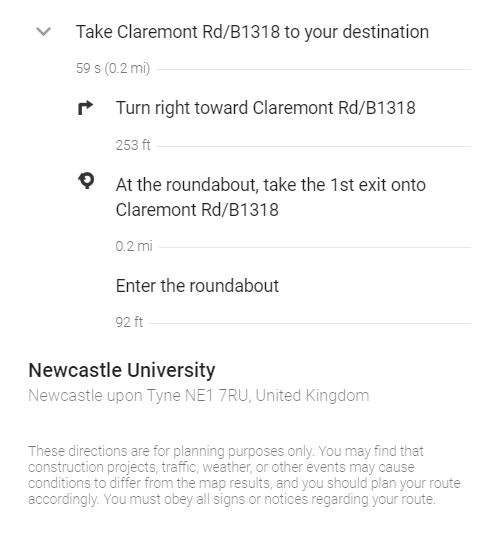 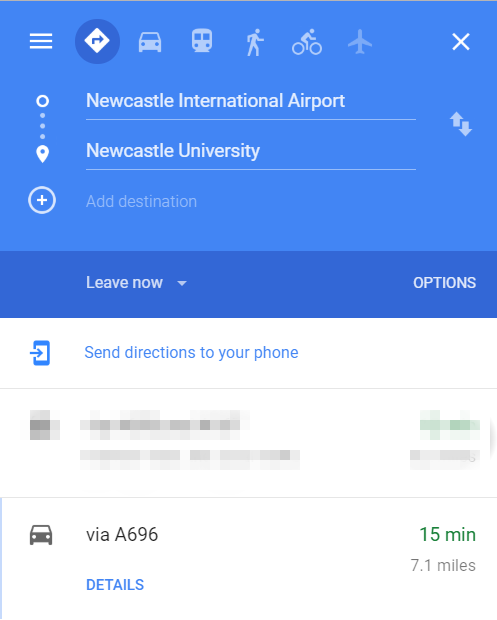 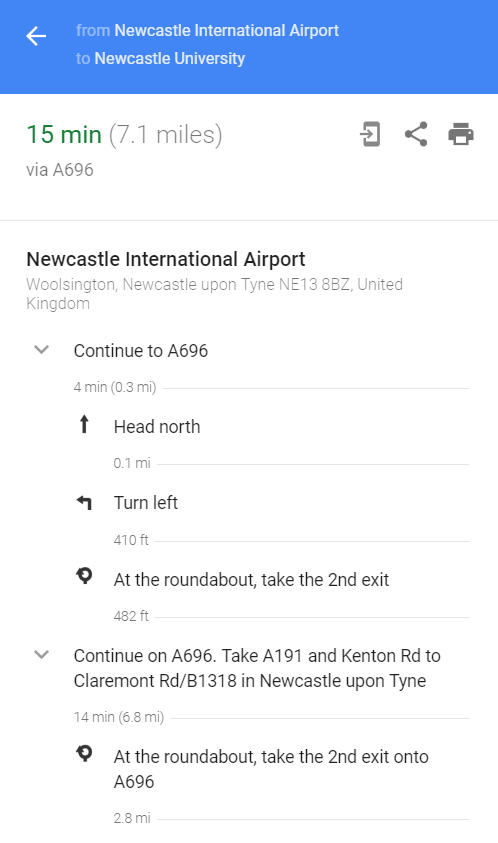 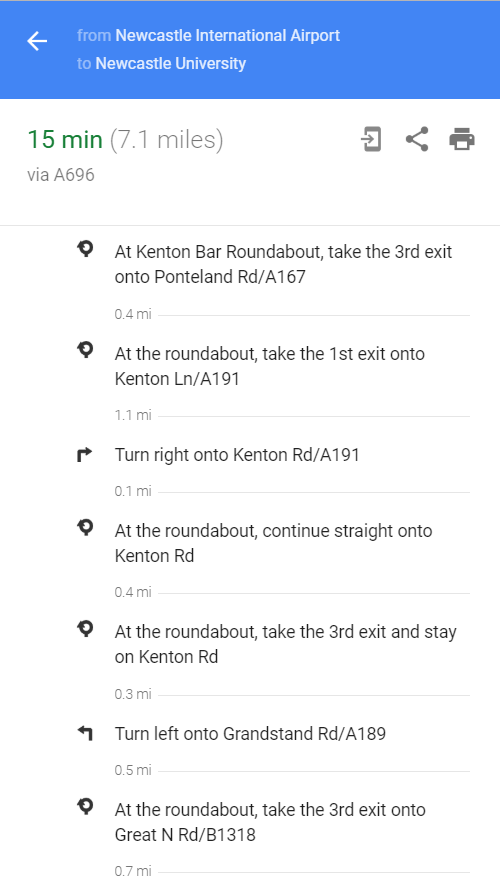 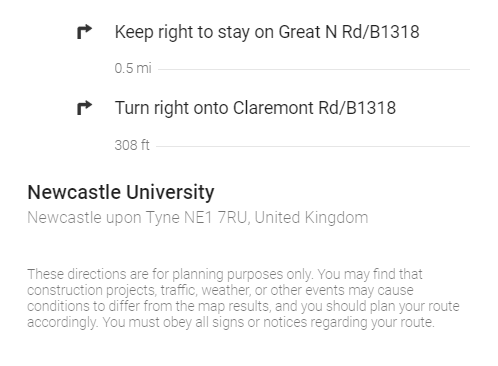 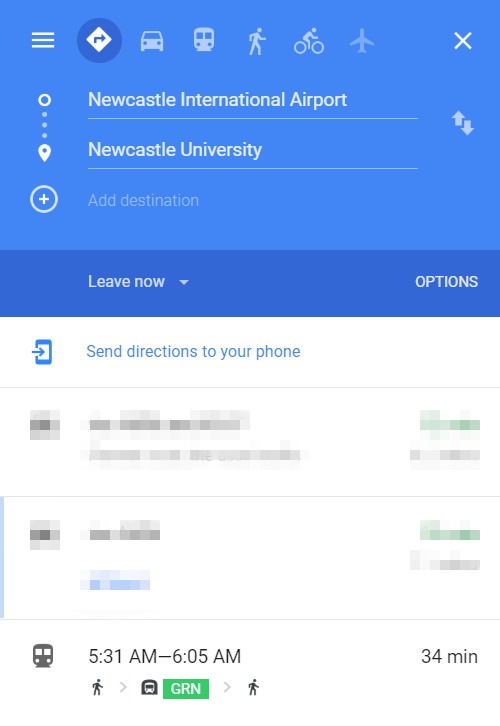 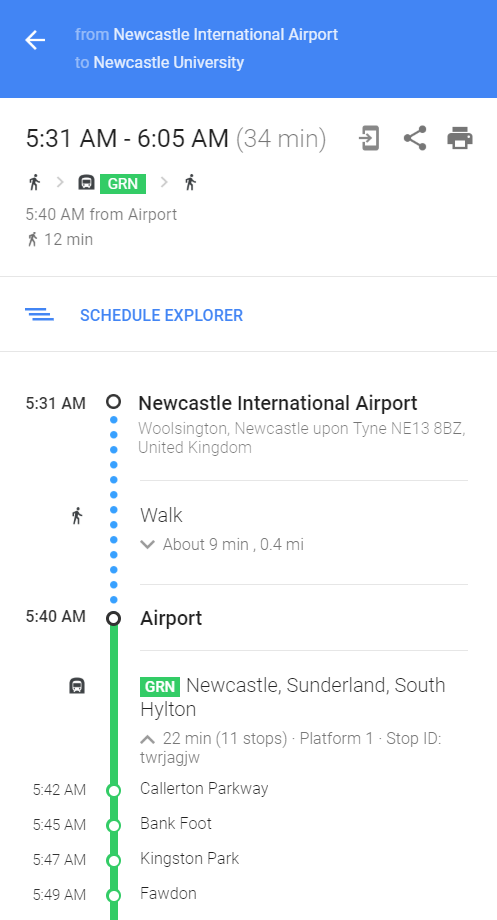 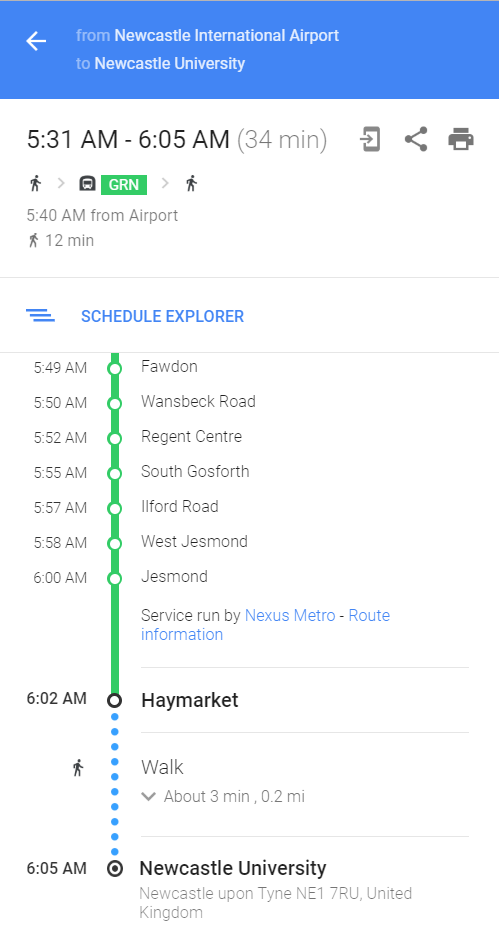